The American Rescue Plan Act of 2021, signed into law on March 11, 2021, made significant changes to the US tax code, especially as it applies to individuals and families.  Some aspects of the law provide funds to individuals and families through direct payment.  Other changes impact child-related credits and expand the Earned Income Tax Credit so more individuals qualify.  The cumulative impact of these changes is unprecedented.   Families eligible for multiple 2021 initiatives will likely receive over $20,000 in transfer payments.  This article will focus on changes to the Earned Income Tax Credit.  But, before we begin, let’s review a few of the acts significant provisions:

The individual tax return, Form 1040, holds a unique position in US domestic policy.  Form 1040 is the only document most Americans must submit to the federal government annually (since 1916).  Initially, the form had a single purpose – to collect taxes on income.  At the time, only those with inflation-adjusted incomes of roughly $70,000 and up paid any tax.

Over time, however, congress realized the annual filing requirement made the tax return an efficient way to enact politically-influenced policies.  These policies often benefit lobbyists and special interests by reducing their costs (and increasing profit) and by influencing consumer behavior.  Many purchase-related credits and deductions trace to these efforts.  Over time, policymakers came to realize that the annual filing requirement made Form 1040 an efficient vehicle to direct taxpayer dollars to other groups, especially those with children.  These measures take the form of credits augmenting social welfare programs.  A few are listed in the introduction above.  The Earned Income Tax Credit is a near-perfect example of your tax return's increasing role in welfare administration.

The Earned Income Tax Credit first arrived in 1975 as a temporary measure to encourage work and reduce growing dependence on welfare.  The credit was equal to 10% of a qualifying taxpayer’s first $4,000.  The maximum credit was $400.  That year, 6.8 million tax-filers received an average credit of $201.   The $400 maximum equals $1,977 on up to $19,770 of income when adjusted for inflation.  The average EITC recipient received the equivalent of $989 in 2021 dollars.

Today: Let’s fast-forward to 2018, the most recent year with reliable data.  The 1975 tax credit, which was supposed to be temporary (and reduce welfare dependence), has ballooned to BECOME a mammoth welfare program.  In 2018, 26.5 million return-filers collectively received $65 billion in Earned Income Tax Credits.  The average payment per recipient was $2,449, nearly 250% of the average 1975 inflation-adjusted payment.

Error & Fraud Monster: In 2021, tax-filers can earn up to $57,414 and receive the EITC credit.  The maximum credit is $6,728.  That’s a ton of money and a significant fraud incentive.  The EITC is so complex and lucrative that the IRS estimates that 20% to 26% of EITC payouts are erroneous or fraudulent.  That’s over 6 million payments costing US taxpayers between $13.6 Billion and 16.9 billion annually.

The EITC, combined with other income-based assistance program credits, has made much of a tax professional’s work that of a highly scrutinized social worker.  If you’ve received the EITC and questioned the plethora of statements and signatures we require. Rampant fraud is your answer.

The American Rescue Plan (ARP) substantially changed the EITC.  Some changes impact both 2021 and future years.  Modifications providing the most significant financial impact, however, affect 2021 only.  Because these changes are short-lived, they are easy to overlook.  Here’s a quick rundown of ARP changes to the Earned Income Tax Credit.

2021 and Future Years:  Here are some of the EITC changes for 2021 that carry forward into the future.

EITC 2021-Only Changes: Several EITC changes made by the American Rescue Plan only impact 2021.  Many filers, particularly the retired, young, and those lacking qualified children, will benefit from a temporary expansion in EITC eligibility.  But, because this expansion is for one year only, it will be easy to overlook.  Below is a list of 2021-only changes:

Alert - Retired Part-Timers:  The 2021 changes create an opportunity for many retirees to benefit from the Earned Income Tax Credit.  Why?  Social Security is not taxable until modified income (it’s complicated – basically other income plus ½ of social security) reaches $25,000 for single filers and $32,000 for those who are married).  As a result, many recipients’ Adjusted Gross Incomes will fall under the threshold required to receive the EITC.  The removal of the upper-age limitation and the increase in allowable investment income will result in many retirees with W2.   So, let your retired friends know!

Take Away:  The Earned Income Tax Credit exemplifies the changing nature and increasing complexity of the individual tax return.  The many changes made to the tax code for 2021, including the Earned Income Tax Credit, will undoubtedly benefit many return filers.  However, these benefits will not arrive without a cost – not just in terms of public funds – but by generating the same confusion, frustration, and delays that plagued 2020’s filing season.

All courses and articles are for informational purposes only and do not constitute tax advice. Taxes are complicated - do not act on course information without consulting a professional. Always refer to treasury regulation before making any tax decision. Read the full disclaimer. 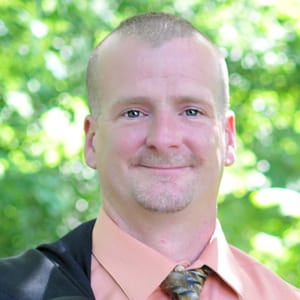 Join our email newsletter for $20 off of your first course!